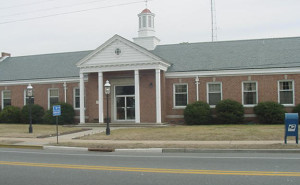 The Township Committee is elected directly by the voters in partisan elections to serve three-year terms of office on a staggered basis, with one or two seats coming up for election each year. At its annual reorganization meeting, held on Jan 1st, the committee selects one of its elected members to serve as mayor and preside at meetings, and who holds the powers vested in all mayors under state law. Another of the township committee members is elected deputy mayor, and all members of the committee provide oversight of various township departments, in addition to local legislative responsibilities.